Hoping to catch one: 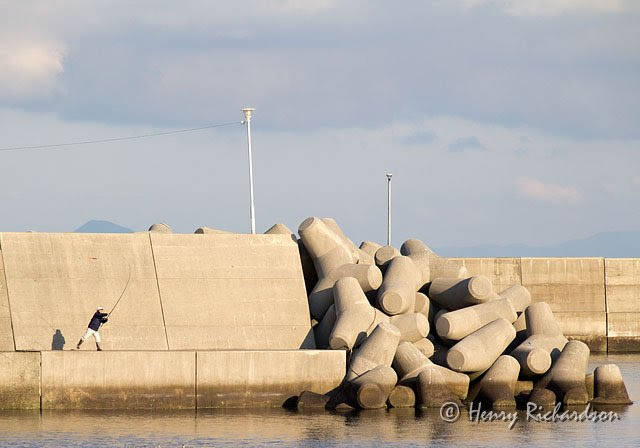 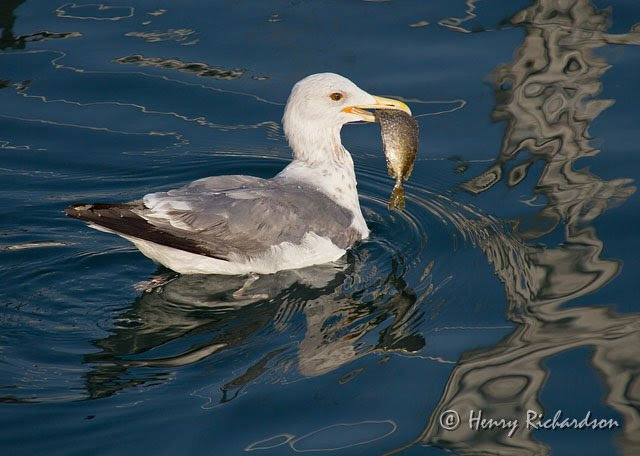 Don thinks he's hooked a lunker in East Texas, 1978. Turns out he lost it though.

We were in a boat on a small lake and I had put my fishing rod down for a moment and picked up my camera to take a photo of some lily pads in the water when suddenly this happened. Really lucky to catch that expression on his face. 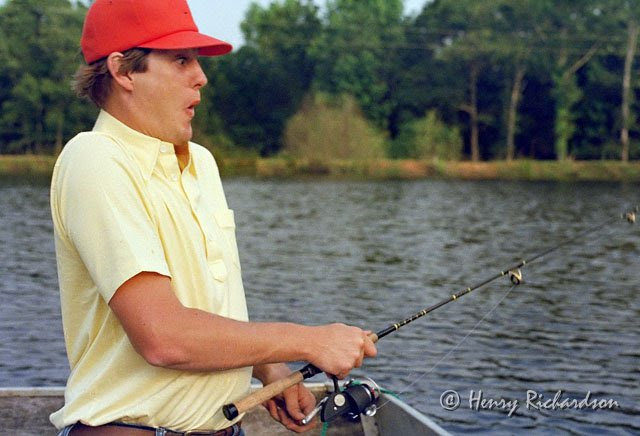 Probably only about 20-30 minutes later I caught the largest largemouth bass I have ever caught.  It was about 6 pounds, which is pretty good.  I still can't believe that I don't have a photo of it.  On the way home I stopped by my cousin's house to show it to her and ask her to take a photo of me holding it with my fishing rod.  She took a couple of photos and then the next day went to San Antonio with a friend.  About a week later I asked her about the photos and she said she had changed her film in San Antonio and left it sitting on a bench.  Photos lost forever.  Maybe someone found the roll of film, got them developed, and there is a photo of a much younger me smiling and holding my bass in a box in someone's closet right now. lol 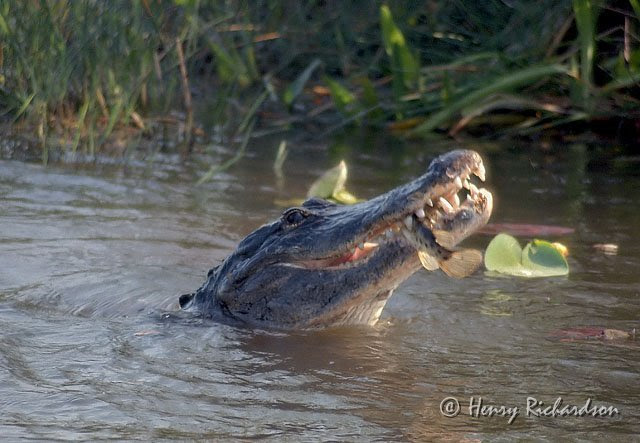 Posted by Henry Richardson at 5:13 PM