For the last 6 days we have been in Williamsburg, Virginia so I was able to visit Colonial Williamsburg (original capital of Virginia founded in 1632), Jamestown (first English settlement in the New World in 1607), and Yorktown (where the last major battle of the Revolutionary War occurred and English General Lord Cornwallis surrendered to American General George Washington and French General Comte de Rochambeau). Here is a young woman cooking in a traditional Colonial era farm kitchen. 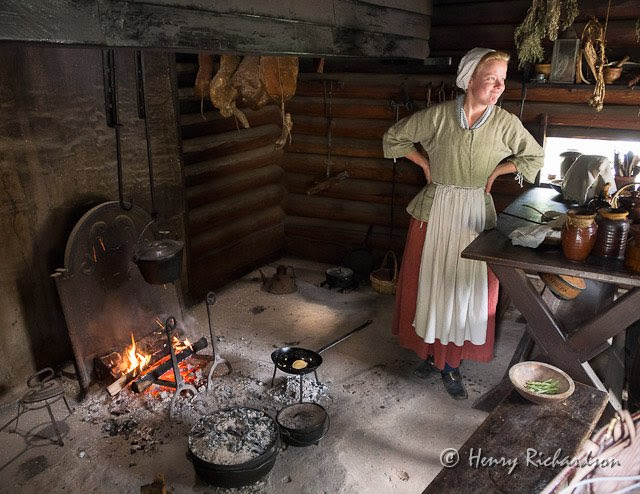 Posted by Henry Richardson at 4:07 AM