Here is another Japanese cultural tradition:  Holding a spot for an hanami.  You can read about hanami here:

In reality an hanami is usually a drinking party under the sakura. :lol:   In these photos taken in the early afternoon you will see places reserved for a hanami in the evening.  Typically one person volunteers or is volunteered to sit in the park all day to hold the spot until his friends or co-workers arrive after work.  For that person he just sits there holding the turf all day.  Good time to take a nap, read a book, listen to music, or these days play with a smartphone. :-) 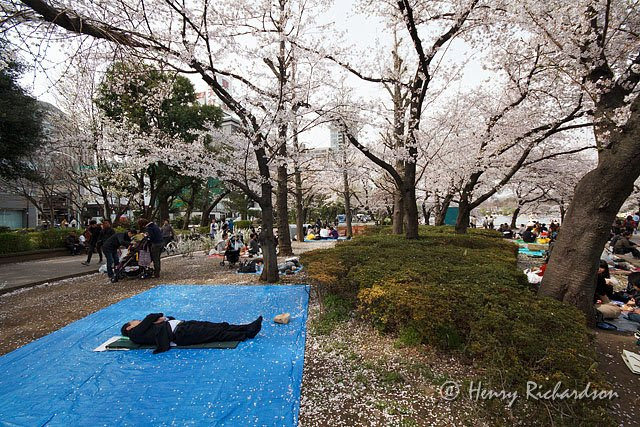 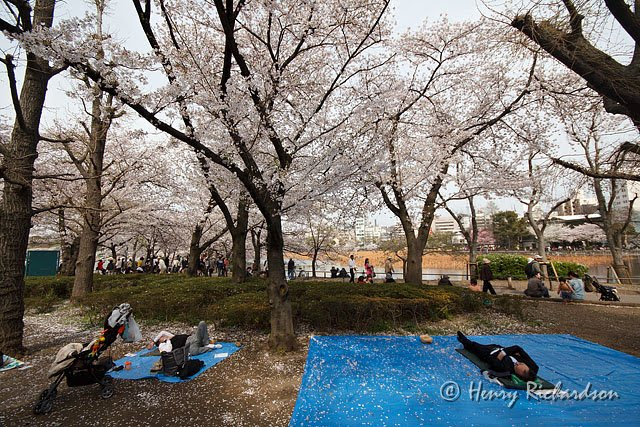 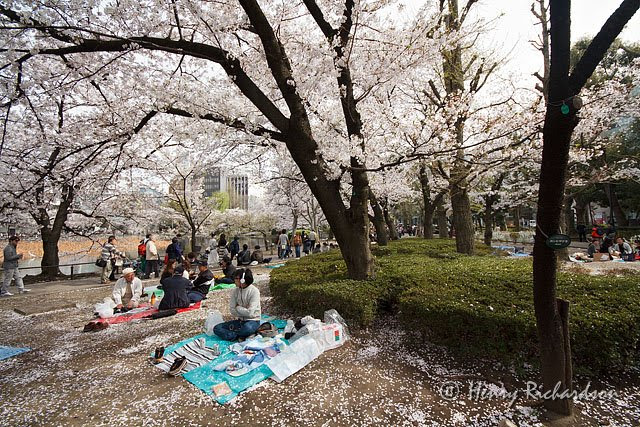 By the way, a hanami is not just for the evening.  Many people are there during the day too, as you can see, and not everyone is drinking.  The serious drinking parties are usually more in the evening though.  Still, during the day you see a few groups of men who are drinking and from their red faces appear to have been drinking for quite awhile already. :lol:
Posted by Henry Richardson at 3:59 PM