I have created a new Nepal photo gallery on my website so please take a look if you are interested:

I traveled in Nepal for a month in November/December, but it has taken me a bit of time to get some of my photos ready because I bought a new computer and then there was Christmas and New Years. It was my first time to go to Nepal so it was cool to see many new places, meet some new people, and take photographs in a new place!

In Nepal I went to Kathmandu, Patan, Bhaktapur, Nuwakot, Bandipur, Pokhara, Sauraha, and Chitwan National Park. I spent 2 weeks traveling with 5 people from Australia and Scotland and 2.5 weeks on my own. They were a great group of people!

Among other things, we went on a 2-day, 1-night whitewater rafting trip on the Seti River in Nepal and at night we set up tents next to the river and spent the night. In the deep, black sky the stars were glorious! I had planned to go on a trek somewhere for about a week, but then I got quite sick for 10 days, lost lots of weight, and even after I finally started feeling better I was weak so I ended up not doing any trekking. I did go on a couple of 7 hour hikes (one in the hills outside Bandipur to a little village called Ramkot and one at Chitwan National Park through the jungle). Even though I was sick for 10 days (even during the rafting trip) I still did a lot and didn't sit around in a hotel room somewhere. I didn't want to miss anything. I just didn't enjoy it as much as I would have if I had been well. For example, in Pokhara before sunrise we climbed to the top of Sarangkot to watch the sunrise and the first rays hitting the Annapurna range of the Himalayas. Beautiful!

Here is a panorama of the Annapurna Range of the Himalaya Mountains at sunrise in Nepal taken from the top of Sarangkot:

I ended up spending more time in Kathmandu than I had expected because I was recovering from illness. Also, the airline canceled my flight home so I had to stay an additional 3 days until another flight from Kathmandu to Kunming to Shanghai to Honolulu was available. The extra time in Kathmandu gave me the chance to do more street life photography there though!

This is what I took with me: 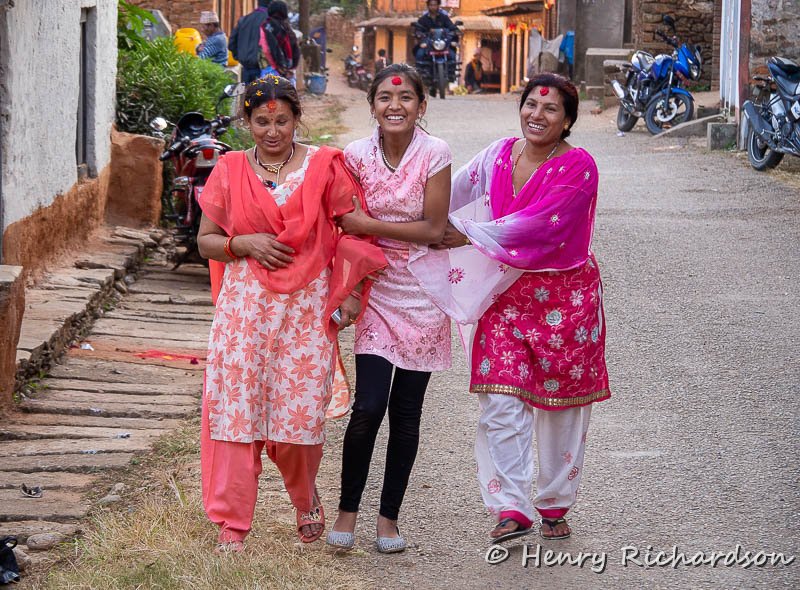 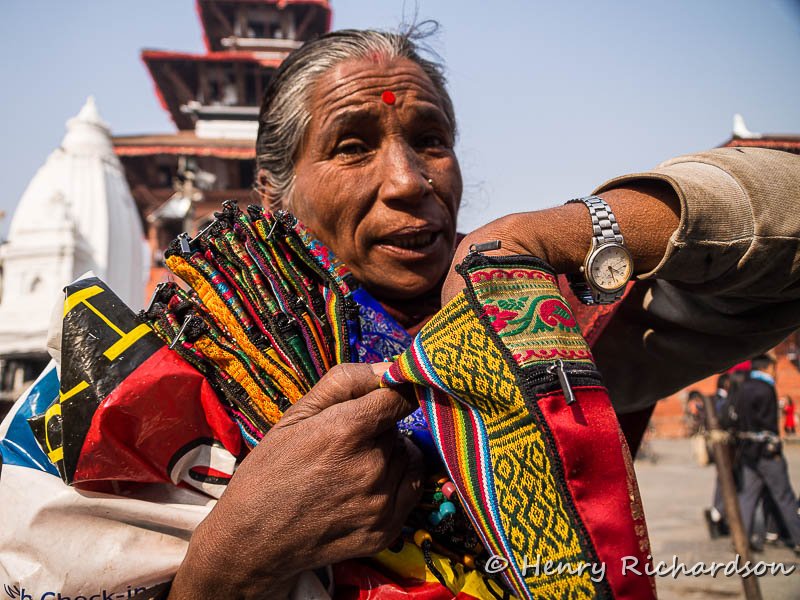 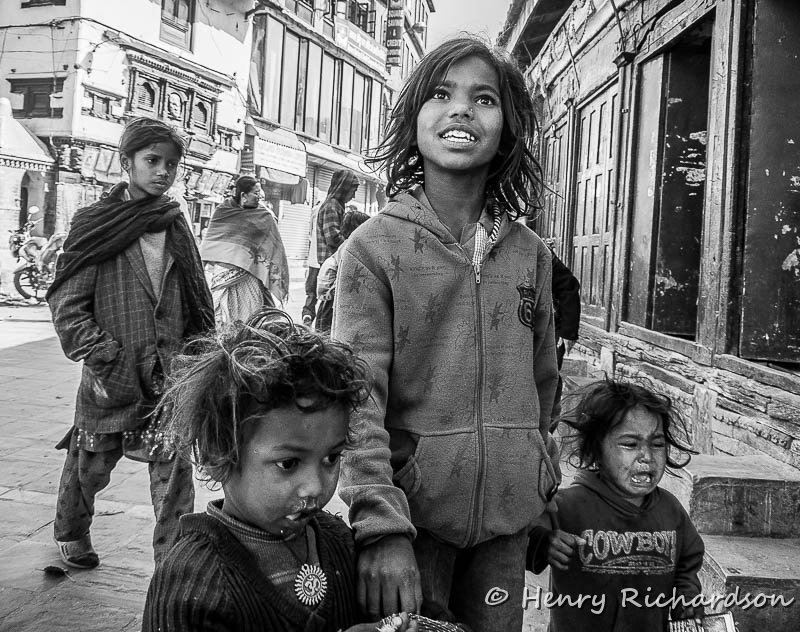 Posted by Henry Richardson at 12:33 AM No comments: Links to this post

I use an Olympus OM-D E-M5 for street stuff and it is pretty good, but there is one thing that really, really annoys me about it.

The E-M5 is slow, much slower than a DSLR, to wake-up from sleep or when you turn it on. In my street photography I sometimes miss shots because the camera is waking up very leisurely. When possible I do my best to anticipate when I might want to take a shot and start the wake-up process, but sometimes things happen very quickly and by the time the camera is finally ready the moment has passed. In most ways the E-M5 is fast and very responsive, like a DSLR, but in this area it is like a digicam. Even if a DSLR was as slow as the E-M5 it would still have an advantage because while you are waiting for the camera to be ready to shoot you could still look through the OVF, do quick framing, adjust zoom, and then shoot as soon as the camera is ready. With the E-M5 you can't even do the quick framing and adjust zoom while you are waiting and waiting and waiting for the camera to wake-up.

Since the E-M5 does not have an OVF it uses battery power pretty fast.  If you set it to never sleep then the camera is ready all the time, but the battery will run down fast.  Also, the sensor and EVF will be on all the time even during the long periods when you are walking around watching for a potential shot.  The sensor will be heating up and getting noisier.

I just got back from a month in Nepal and there were a few times when I almost threw my E-M5 against a brick wall when I missed a sudden photo opportunity while the camera took its sweet time waking up.
Posted by Henry Richardson at 12:36 AM 3 comments: Links to this post