Just for grins here are a couple photos from a 2 week camping trip to Rocky Mountain National Park, Colorado: 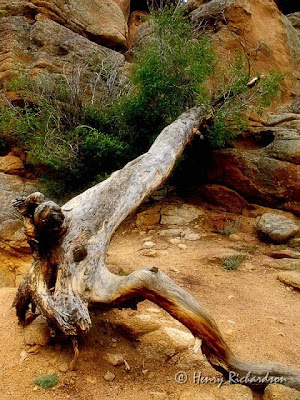 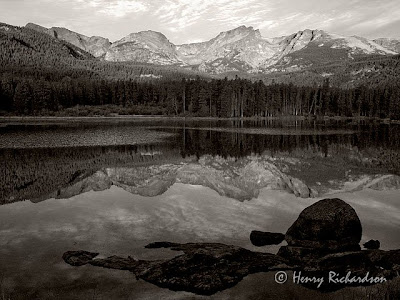 Posted by Henry Richardson at 5:14 PM No comments: Links to this post

I thought I would just post a few more of my recent photos -- all B&W this time.

By the way, I haven't done anything with regards to Linux yet. I am still investigating. There is no hurry since my current Vista computer and software is working fine, but I am still curious about someday making the move to Linux. 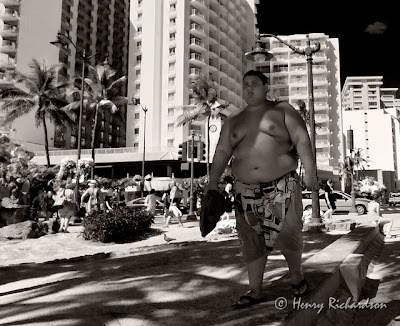 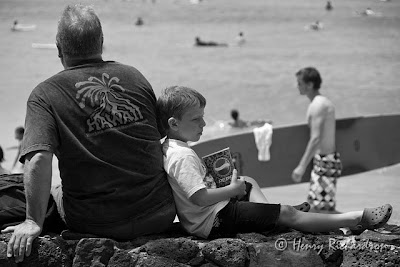 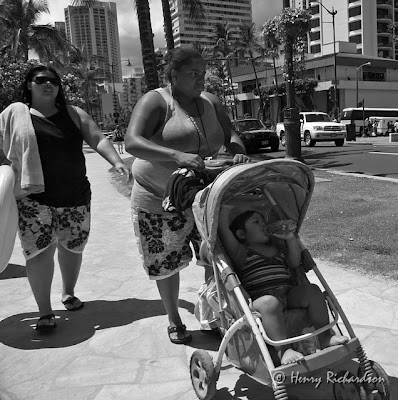 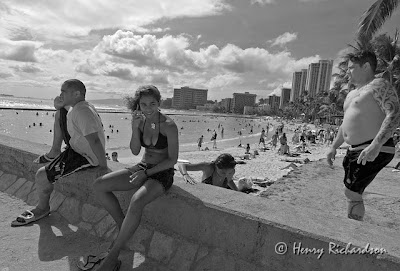 Posted by Henry Richardson at 3:45 PM No comments: Links to this post

Thinking about switching to Linux for Photography

I have been using Windows for my personal use for the last 12 years or so and have had Windows 95, Me, XP, and Vista on various desktops and notebooks. My main use is the internet/email and photography. I have been working on digital photos (scanned film or digital cameras) since 1997 so I know very well which features of my current software I use and consider important and which I don't. I am trying to find out if the existing software on Linux has what I want. So far, it looks pretty good, but not perfect of course. :-) If you have any experience using Linux for photography then I would be happy to hear your thoughts.

There are several reasons I am looking at Linux (not necessarily in order of importance):

1. Windows is a huge target for various kinds of malware so there is a constant struggle to keep Windows updated with security fixes. Same for anti-virus software, firewall, etc. I realize that Linux is not immune to malware, but it is much less a target and, at least, in 2009 Linux just doesn't have much of a problem.

2. Although I am fairly happy with Photoshop CS2 the version of ACR it has won't accept my current camera's raw files and will not accept future camera raw files. Of course, I can give Adobe a few hundred dollars and get a new version of Photoshop. Then in a year or two do it again and then again and then again -- each time just because I need a new version of ACR. The story is often similar for other software. Sometimes it is because the version of software that worked on Win95 or WinXP doesn't work right with Vista or there are just new features and/or bug fixes I want. I am not saying that there is anything wrong with companies wanting to make money. Far from it. I am just saying that I like the idea of Linux and OSF so that *I* can get off that merry-go-round. :-)

3. Every Windows computer I have ever owned has needed to have a clean Windows install at least once while I had it, sometimes more. After enough time the computer has started acting funky or some problem has required me to do the clean install. Installing Windows is usually not all that difficult *but* then I have to download and install many megabytes (usually hundreds of megabytes) of Windows updates. Also, when that is all done I have to reconfigure everything. Then the worst part starts. I have to get all my CDs and one by one install all of my applications. Besides the Windows authentication most of the apps also have various authentication procedures. Even some Photoshop plugins have it. This is a real pain in the butt. Then I have to download and install updates for all of them. Then I have to configure all of them. Over the years I have had to do this quite a few times. Assuming I have all the CDs and a fast internet connection and there are no problems (I'll get back to this) then it takes many hours of work. After all of this is done then I have to get all my data files off backup and put them back on the computer.

4. One time while installing Photoshop it just hung part of the way through. After a very long wait I finally rebooted and Windows was hosed. I tried various things and finally did a clean install of Windows. I have had other less serious problems from time to time when installing software. Not often, but a few times.

5. I travel a lot and often spend extended periods in one place or another. Except when I am doing backpack travel I also have my 17" notebook with me (like right now). I also have to carry the Windows CD and app CDs in case I have to go through the nightmare of step 3. This has happened to me. If I didn't have all this stuff then I would really be up the creek.

7. I also like that Linux has a great software development environment with multiple compilers, assembler, linker, debuggers, etc.. Also, MySQL and lots of other stuff. Who knows, I might try to write a plugin for Gimp or Showfoto or Krita.

In 2002/2003 I did software development on Linux for 15 months. I installed Mandrake Linux on a couple of machines and it was surprisingly easy. Most software I wanted was automatically installed. No authentication, no stacks of app CDs, etc. I never had to reinstall Linux and I don't recall Linux ever crashing. I don't know if it is the same now, but it seems from what I have heard that Linux is still pretty robust and solid. At any time, if I need to, I can download a new Linux. Probably wouldn't need to do that though. Software updates are easy to get. Raw processing software gets updated regularly to handle new cameras. New features and bug fixes in apps are free.

By the way, besides Wine which will allow some Windows programs to be run on Linux -- I think my Picture Window Pro 3.5 is one of them -- I have also found that some Windows Photoshop plugins can be run with Linux Gimp.

I realize that I may find a few things that I would still need Windows for. If so I would have a dual-boot system with probably most of the disk space allocated to Linux.

The Gimp is only partially 16-bits at the moment, but it is supposed to be fully 16-bit in the next major release. There are also two other interesting image editors that I am looking at and they are both 16-bit: Krita and Showfoto. The image management program called digiKam (which also has an integrated version of Showfoto) looks very interesting too. There are several raw photo converters such as ufraw, which can be integrated into Gimp. Also, the free Rawtherapee is available for Linux as is Picasa. Anyway, I am still investigating, but Linux is looking pretty good.
Posted by Henry Richardson at 5:25 PM 6 comments: Links to this post

From time to time I go to Koko Head Crater and then go inside to take photos. A couple of days ago I wasn't really in the mood to shoot so I only took a hand full of shots. Here are three: 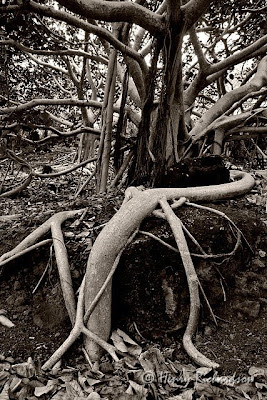 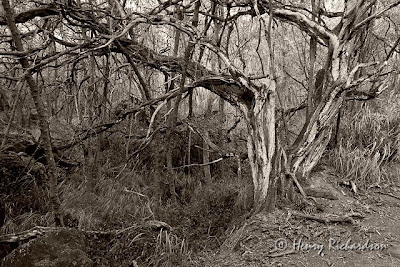 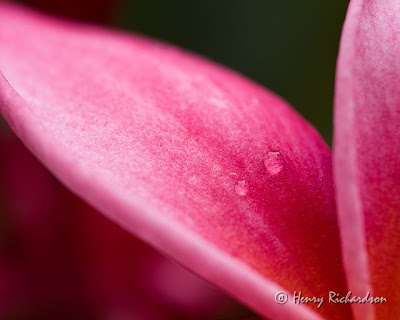 Posted by Henry Richardson at 5:27 PM No comments: Links to this post