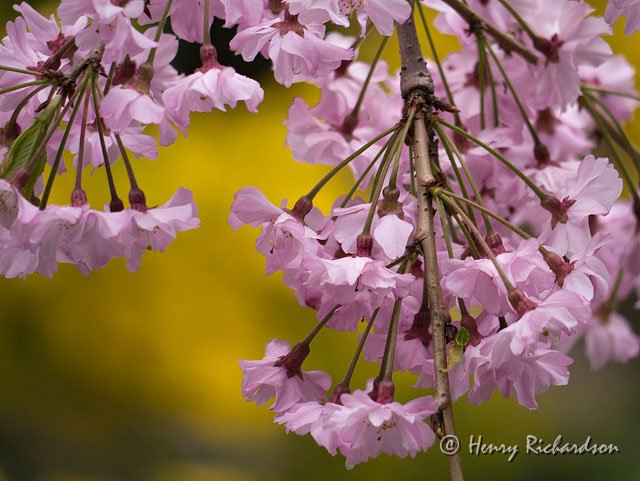 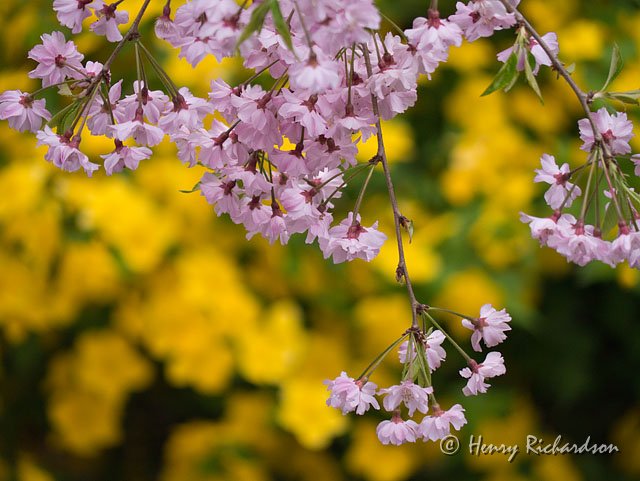 This is after the peak and the petals are starting to fall: 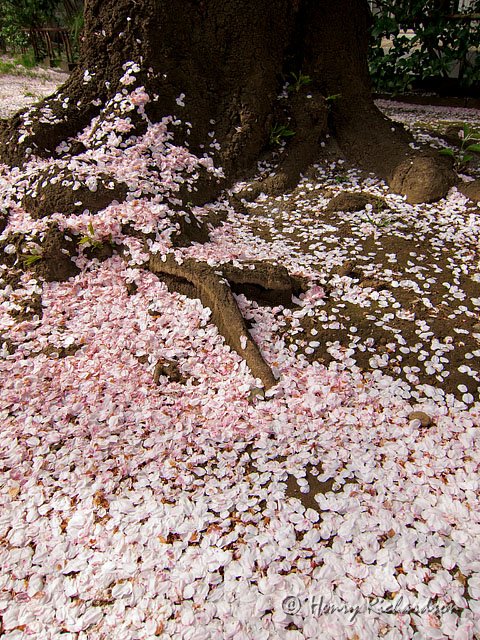 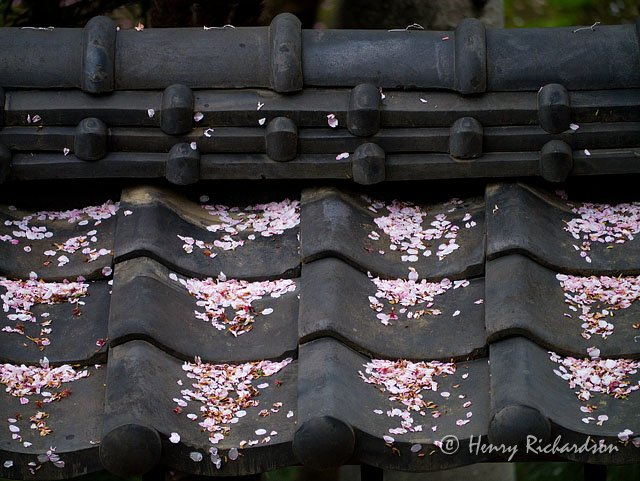 Posted by Henry Richardson at 4:56 PM No comments:

Here is another Japanese cultural tradition:  Holding a spot for an hanami.  You can read about hanami here:

In reality an hanami is usually a drinking party under the sakura. :lol:   In these photos taken in the early afternoon you will see places reserved for a hanami in the evening.  Typically one person volunteers or is volunteered to sit in the park all day to hold the spot until his friends or co-workers arrive after work.  For that person he just sits there holding the turf all day.  Good time to take a nap, read a book, listen to music, or these days play with a smartphone. :-) 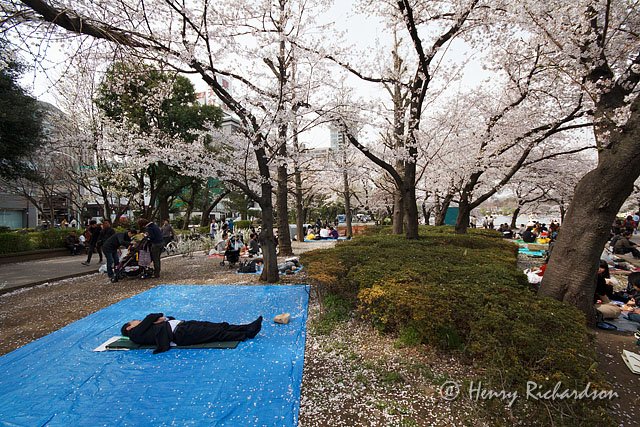 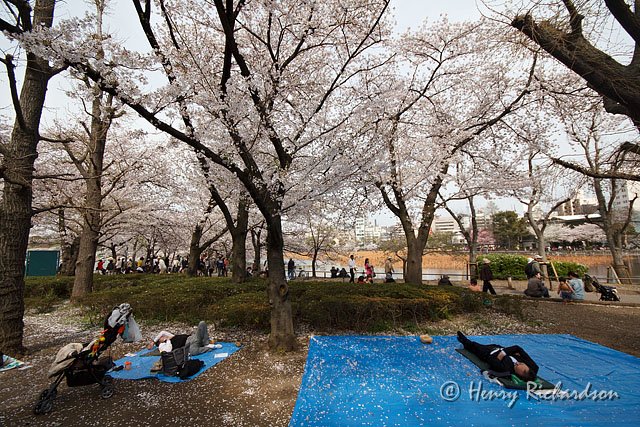 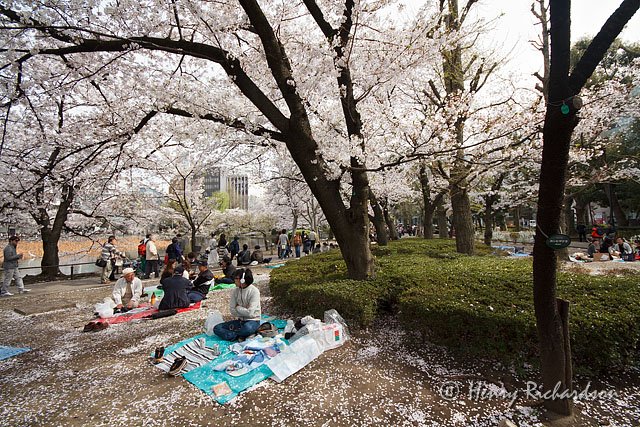 By the way, a hanami is not just for the evening.  Many people are there during the day too, as you can see, and not everyone is drinking.  The serious drinking parties are usually more in the evening though.  Still, during the day you see a few groups of men who are drinking and from their red faces appear to have been drinking for quite awhile already. :lol:
Posted by Henry Richardson at 3:59 PM No comments:

Today I was over at Akihabara and stopped by the huge Yodobashi Camera there.  It is even bigger than the one at Shinjuku.  Multiple floors with various kinds of electronic gizmos.  The 3rd floor is all camera related stuff.  It is like going into a large supermarket.  Here is the Sony A77 with 6 lenses for you to play with and even mount on your own camera:

On the other end of this display behind me is a big section with the Sony A65 and 5-6 more lenses.

Here is the tripod section.  It is a little hard to tell in this photo, but I am standing near the front of two aisles of tripods in 4 sections going all the way back to the wall:

A few days ago someone who had visited Japan mentioned how he went into one of the big camera stores at Ikebukuro or Shinjuku and was amazed that the tripod section was bigger than the whole camera store he worked in back home. lol

I should have taken a photo of the camera bag section.  They had 3 long aisles filled from floor to the top with every type, size, and color of camera bag that you could ever imagine.

Posted by Henry Richardson at 4:48 AM No comments:

Here are some photos of sakura (cherry blossoms) a couple of weeks ago during the peak of the sakura blossoming here in Tokyo.  This is a really big deal in Japan every year. 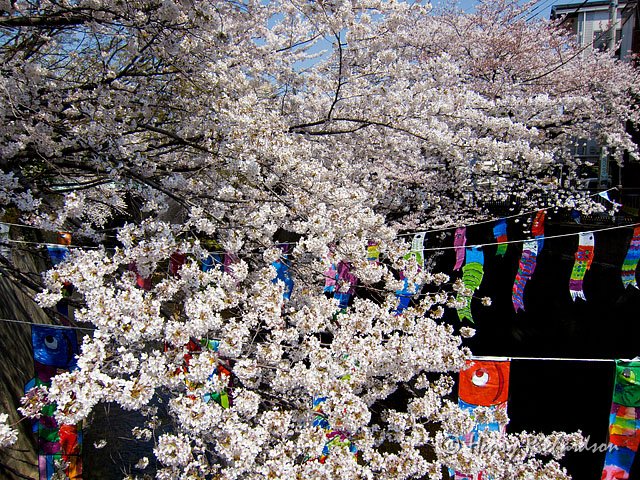 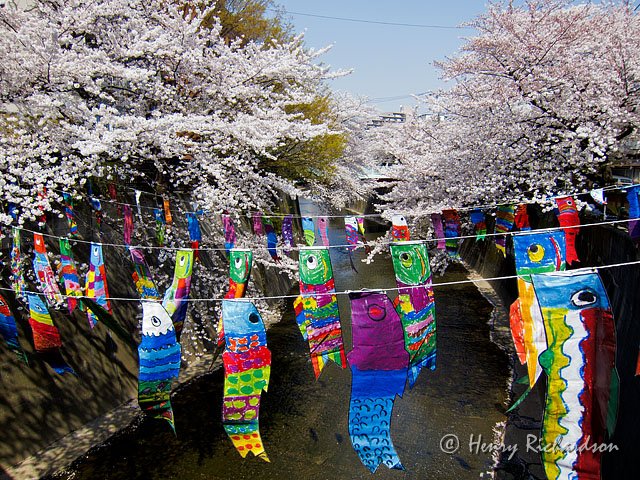 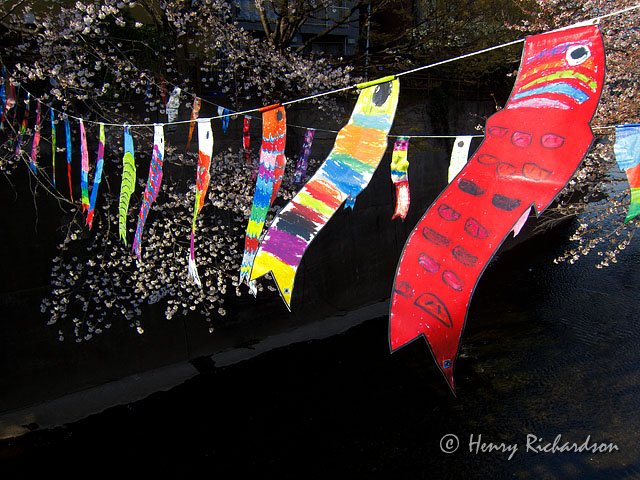 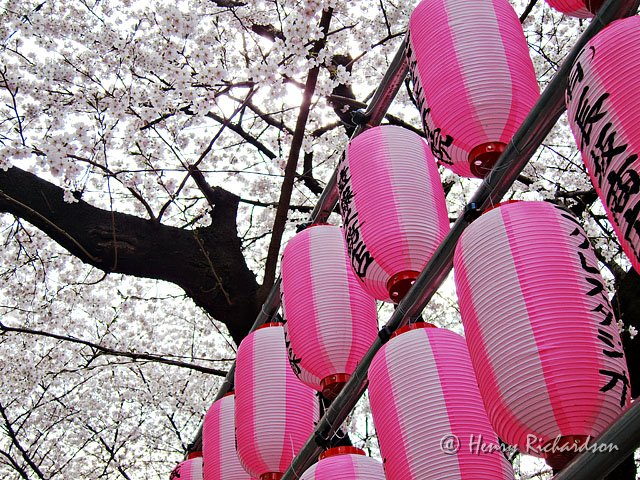 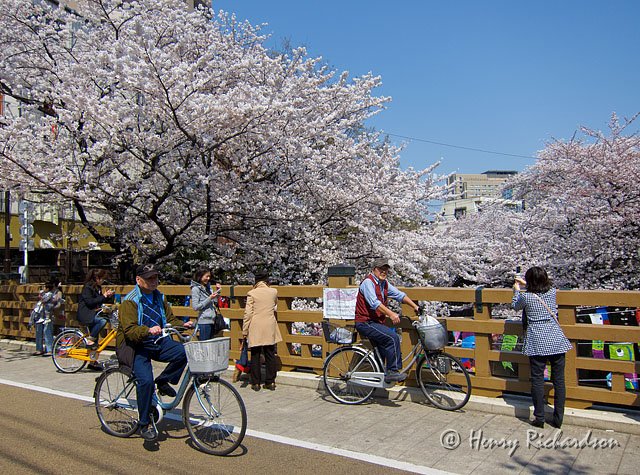 Posted by Henry Richardson at 4:53 PM No comments:

Photos inside a Tokyo camera store

I just thought that people outside Japan might like to see a bit of the inside of a Tokyo camera store.

Just in the last few months I have played with a Sony NEX 7, Sony A77, Olympus OM-D E-M5 and other m4/3 cameras, Leica M9, Mamiya 645DF, Nikon D4, Nikon D800, Canon G1X, Fuji X-Pro1, Pentax K-01, Nikon V1/J1, Pentax Q, etc. Usually multiple lenses sitting there also to try. No one hovering around you watching either. It was sort of funny the day I was in Yodobashi Camera at Shinjuku and they had the Leica M9 sitting out there to be played with just like it was a cheap digicam. :-) Back 20+ years ago though the cameras were sitting out without tethers. These days they all have tethers/leashes on them and the lenses do too. Theft is a bit more common than years ago so the stores have bent to reality. The cameras also these days draw so much power that they are usually connected with power cords rather than use batteries. It means that sometimes it is more difficult to move around and point the camera in some directions because of all the cords which sometimes get a bit entangled. Years ago it was very sweet. Now it is merely sweet. :-)

Recently a buddy in the States was asking me about the camera stores here so this afternoon while I was in Shinjuku I took a few random photos inside of Yodobashi to send him. I happened to have a Panasonic G3 with me so I used that. You may enjoy seeing the camera playground. :-)

Not too many places outside of Japan would have a US$11,500 camera sitting out for anyone to pick up and play with and no one around to bother you or hover around you. Yes, batteries in it too.

Zeiss lenses to look at and mount on a Canon 5DII Posted by Henry Richardson at 5:30 AM No comments:

Waiting for relief in Okachimachi

Waiting for some relief in Okachimachi.  Somebody please, please take the Viagra away from this guy. lol The straw man is a kakashi (sort of like a scarecrow used by farmers in the field), but this one is in front of an izakaya (pub) in Okachimachi, Tokyo.
Posted by Henry Richardson at 4:42 AM No comments: